For over thirteen years, The Rock Brook Consulting Group has been providing effective and innovative engineering solutions for clients in the education, corporate and commercial, science and technology, data centers, pharmaceutical, and hospitality and entertainment markets, both nationally and internationally. We invite you to explore our portfolio and meet our team of professional licensed engineers and support personnel who remain dedicated to providing out clients with the highest quality of technical expertise. 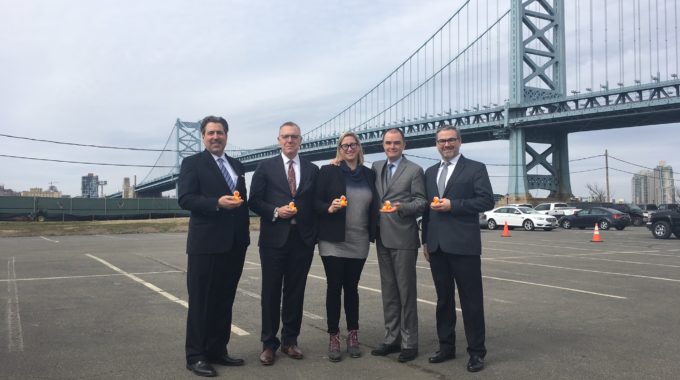 On February 27, 2017, construction was officially kicked off with a groundbreaking at the site of the new five-story, 222,376-square-foot American Water Headquarters on the Camden Waterfront.  Called One Water Street, the building will front the Delaware River and be located between the Benjamin Franklin Bridge and Campbell’s Field, becoming a fixture of the Camden Waterfront skyline.

The structure marks the first building to be constructed as part of a $1 billion mixed-use development Liberty Property Trust has planned in Camden, New Jersey.  The Rock Brook Consulting Group is providing interior engineering design services and is working with Gensler, who is the interior design architect on the project.  The facility, which will house roughly 600 employees of American Water Co., is expected to be completed in the second half of 2018.

Watch a virtual walkthrough of the project below, courtesy of American Water’s YouTube channel, and Robert A.M. Stern Architects.

The Rock Brook Consulting Group is pleased to announce the promotion of Anthony Felice, who…

We Are Pleased to Welcome James “Jim” Cunningham to the Rock Brook Team!

We are pleased to welcome James “Jim” Cunningham to the Rock Brook team. James will…